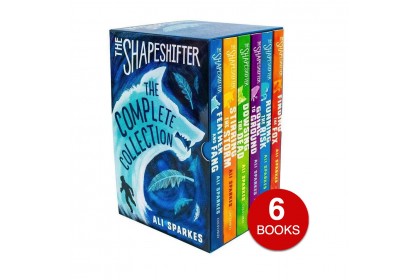 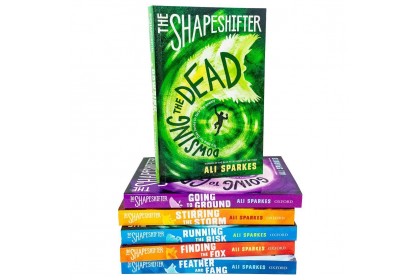 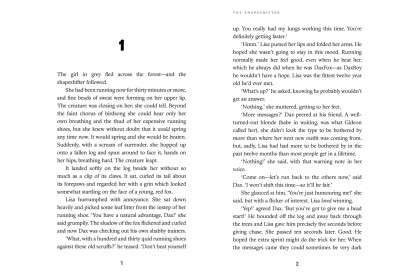 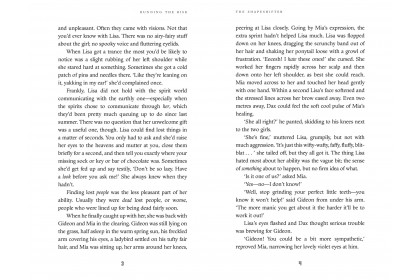 Finding The Fox
Adventure, conspiracy and shapeshifting - X-Men meets Alex Rider. Dax Jones is an ordinary schoolboy . . . until something extraordinary happens. Whilst frightened for his life, he inexplicably changes into a fox! He is offered a place at a secret government school where he can develop, and learn to control, his powers. But if Dax accepts, on no account can he tell anybody. Dax jumps at the chance of getting away from his unhappy home. But before long he begins to wonder who exactly is behind the school, and what they want from the pupils there. Suddenly Dax's fox senses are on high alert . . .

Running The Risk
Ordinary kids: extraordinary powers: amazing adventures. Dax is starting to get used to his life as a shapeshifter. At last he feels safe and secure, surrounded by people he trusts, and with real friends who understand what he is going through. But then everything changes, and Dax finds himself in danger beyond his wildest dreams. And just when he needs his best friend Gideon to be there for him, Gideon's life changes too. Dramatically. And forever. Now Dax feels more alone than ever. Because he can feel that something is very wrong - but no one will take him seriously. No one else can see the danger that threatens to destroy them all . . . With appeal for both boys and girls, this is a fast-paced action adventure about contemporary children with super powers, told with award-winning Ali Sparkes's humour and lightness of touch. Perfect for fans of Alex Rider, Robert Muchamore's CHERUB series, and Young Bond

Going To Ground
Ordinary kids: extraordinary powers: amazing adventures. When Dax receives an urgent call, he knows he has to drop everything and race to the aid of his friends. But that's not as easy as it sounds. Strange things are happening - unbelievable occurrences that seem to be following Dax and his friends wherever they go. And that's not all that's after them . . . Government agents are stalking their every move - tracking them down. The very people who are supposed to be protecting them seem to be the biggest threat. Who can they trust? Where should they run? Each of the friends must call upon their special powers to try to outwit their pursuers - but will these abilities spell the end for them all?

Dowsing The Dead
Ordinary kids: extraordinary powers: amazing adventures. The fantastic Shapeshifter series continues with Dax and his friends settling into their new secret hideaway in the Lake District. The whole place has been fortified so that the Children of Limitless Ability won't ever be under threat again. After dodging death once too often for his liking, Dax is looking forward to a quieter time-building a tree house in the grounds and shifting to a fox or a falcon and exploring the countryside. But all is not well in the spirit world-strange messages are coming through and Dax, Gideon, Lisa and Mia must once again join forces. Could the messages be coming from Luke and Catherine, Gideon's dead brother and sister? Perhaps they're even still alive? In which case, they have to rescue Luke from Catherine's evil clutches-but is Dax really a match for her? With appeal for both boys and girls, this is a fast-paced action adventure about contemporary children with super powers, told with award-winning Ali Sparkes's humour and lightness of touch. Perfect for fans of Alex Rider, Robert Muchamore's CHERUB series, and Young Bond.

Stirring The Storm
Ordinary kids: extraordinary powers: amazing adventures. There's a lot of strange stuff going on for Dax Jones. To start with there's the mysterious letter from his dad telling Dax to go to a secret location and find something from his dead mother. Perhaps it's a clue about how he became a shapeshifter. Then there's the weirdness at school. The scientists are up to something, but Dax is sworn to secrecy-he can't even tell his best mate. So when his classmates are suddenly taken away 'for their own safety', Dax's fox senses tell him all is not as it seems. If Dax continues with his quest to find out more about his mother he could be leaving his friends in danger. Is he really willing to risk their lives in his search for the truth about his existence?

Feather and Fang
Dax Jones will not be tamed. The Children of Limitless Ability can do all sorts of amazing things. Terrifying things too. Some can move things with their minds. Some can make themselves vanish. Dax Jones can change his form; can hurtle through the sky at 200km an hour, or swim underwater for minutes on end. But all is not well. Fenton Lodge, the school and home the COLA kids had grown to love over the past few years, is being turned into a prison. The new prime minister has set up a crack force of experts to manage, contain and use the COLA resource in the best interests of decent hardworking British people. And . . . if necessary . . . to shut it all down. Permanently. With all communication scrutinized, Dax's only option is to write to his spoilt little sister, Alice. Even she might notice something is amiss, if she reads his letters properly. And Alice, for all her annoying shallowness, does notice. And what she does about it is extraordinary. But then, she is the half-sister of Dax Jones.

Reviews (0)
view all
back
0
0 reviews
People who bought this also bought..
37